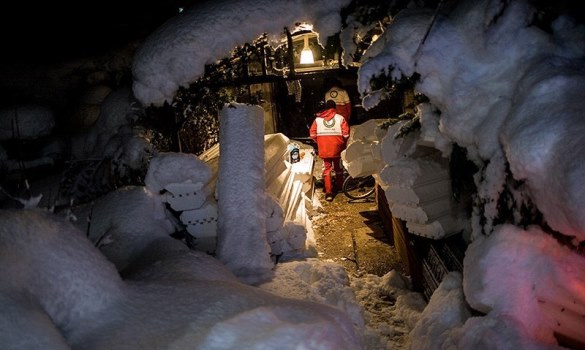 The storm is “unprecedented for the past 50 years, with two metres (almost seven feet) of snow falling since Friday,” a Mazandaran provincial official said, quoted by the media.

“Our main problems are (the provision of) power and water, which have been cut off due to the heavy snow,” he said.

According to officials, around 500,000 people in northern Iran have been left without electricity and gas since Saturday.

Iran’s Red Crescent head, Pir Hossein Kolivand, said teams have in the past four days rescued around 11,000 people caught in the heavy snow.

“Some 3800 people have also been settled in emergency shelters,” he added.

In Tehran, temperatures plunged to -7 C (19 Fahrenheit) on Saturday, making it the capital’s coldest night of the year, while other provinces experienced temperatures as low as -18 C.

Some schools in northern Tehran were closed Monday because of the weather.

New snow storms are expected from Monday night in the southwest of the country.