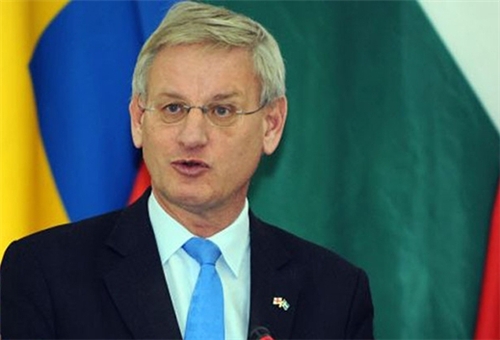 Nasim— Swedish Foreign Minister Carl Bildt announced in his twitter account  that is heading to Isfahan, to visit “UNESCO World Heritage,” to start his four-day visit aimed at bolstering Iran’s interim nuclear deal with the West.

“Taking off for Isfahan in Iran after a couple of hours of interesting talks with friends in Istanbul; Isfahan has UNESCO World Heritage,” he wrote.

Erik Zsiga, Swedish Foreign Ministry Spokesman, called the visit an “opportunity for us to weigh in so that the temporary deal becomes permanent.”