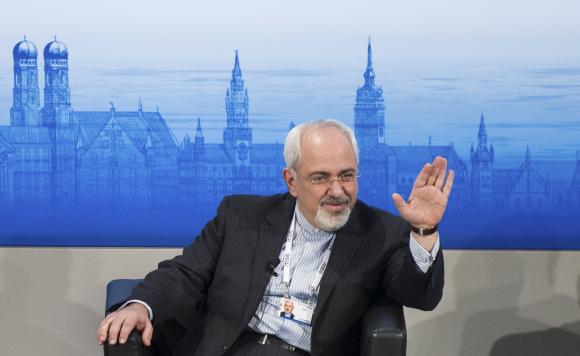 (Reuters) – Iranian Foreign Minister Javad Mohammad Zarif said on Monday a final deal with world powers on Tehran’s nuclear program is possible within six months if there is good will and he was not worried about the U.S. Congress trying to impose new sanctions.

U.S. President Barack Obama used his State of the Union address last week to veto any legislation that threatens the talks with Iran. U.S. senators including some of Obama’s Democrats have co-sponsored a bill that would impose new restrictions on Iran if talks on a permanent accord falter.

But Iran has warned that it will walk away from negotiations – raising the risk of conflict in the Middle East – if the bill becomes law. It is now stalled in the Senate.

“With good will we can reach an agreement within six month,” he said in a speech to the German Council on Foreign Relations. “I don’t fear a decision in the U.S. Congress … The U.S. president has promised to veto it.”

Zarif was visiting Berlin after meeting U.S. Secretary of State John Kerry and other members of the six powers negotiating with Iran at the annual Munich Security Conference at the weekend.

Iran reached a landmark preliminary agreement with them in November to halt its most sensitive nuclear operations, winning some relief from sanctions in return. Talks with the six powers about a definitive settlement begin in Vienna on February 18.

The meetings with Kerry and others from the six powers in Munich evoked the easing of antagonism between the Islamic Republic and the West, with Zarif describing the talks in Vienna as an historic opportunity Iran would not squander.

Iran insists its nuclear program is entirely peaceful but Western countries have long suspected Tehran of covertly researching the means to develop a nuclear weapon.

The prospect of a deal has lessened the risk of Israel or the United States taking military action against Iranian nuclear facilities to prevent Tehran acquiring a nuclear bomb.

Kerry and Zarif have met several times since the election of Iranian President Hassan Rouhani, a relative moderate, last June paved the way for the thaw in relations with the West.

Zarif told Reuters in an interview on Saturday, however, that Iran was not prepared, as part of a long-term deal on the scope of its nuclear activity, to give up research on advanced centrifuges that could greatly speed up its enrichment of uranium.