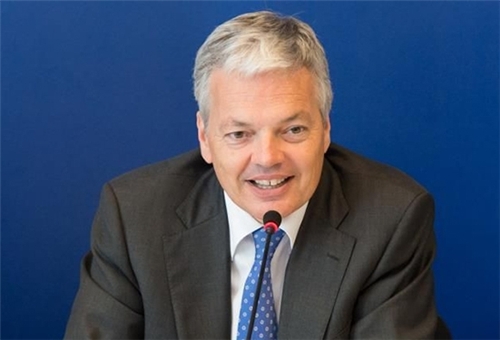 TEHRAN (FNA)- Belgian Foreign Minister Didier Reynders plans to pay an official visit to the Iranian capital late in February to discuss consolidation of all-out ties between Brussels and Tehran.

During his stay in Iran, Reynders is slated to partake in various meetings with senior Iranian officials, including his Iranian counterpart Mohammad Javad Zarif , to discuss mutual cooperation, the nuclear talks between Tehran and the six major world powers, Iran’s ties with European Union member states and international developments.

Following the implementation of Geneva nuclear accord struck by Iran and the Group5+1 (the five permanent UN Security Council member plus Germany) in November 24, and Iran’s voluntary suspension of its 2o% uranium enrichment program on January 20, the ground has been paved for more participation of the European countries in the Iranian lucrative market.

For instance, Deputy Head of Iran’s Trade Promotion Organization (TPO) Mehdi Mir Aboutalebi announced on Monday that a 140-member delegation of French businessmen, which is the greatest European delegation traveling to Iran after 1979 Islamic revolution, arrived in the Iranian capital to confer on the ways for expansion of Tehran-Paris’ all-out relations, a senior Iranian trade official said.

He further added that the French delegation, during its 3-day-long visit, is slated to have separate meetings with President’s Chief of Staff Mohammad Nahavandian and Head of Foreign Investment Organization of Iran Behrouz Alishiri over the enhancement of mutual cooperation between the two friendly counties.

Mir Aboutalebi went on to say that over 400 Iranian and French industrialists and businessmen are to participate in Iran-France Conference which will be inaugurated by Iranian Minister of Industries, Mines and Trade Mohammad Reza Nematzadeh on Tuesday.