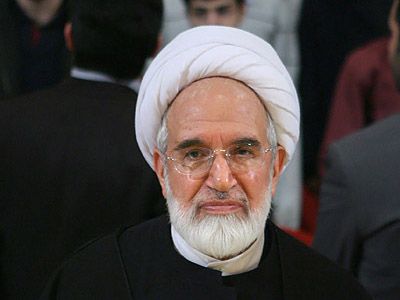 An Iranian opposition leader incarcerated for heading protests challenging Mahmoud Ahmadinejad’s 2009 re-election as president, has been transfered to house arrest after spending three years in a state-supervised apartment, his son said.

“Contrary to claims by judiciary and political officials of the Islamic Republic that Karrubi had been held under house arrest in his own home, he was transferred there hours ago,” the report cited Karrubi’s son as saying. It said the family had sought the transfer for two years because his health had deteriorated.

The fates of Karrubi and fellow opposition leader and ex-presidential candidate Mir Hossein Mousavi, also detained in 2011, will be a barometer of how far Iranian President Hassan Rouhani will be able to go in delivering election promises of greater liberties. Mousavi and Karrubi supporters helped to propel Rouhani to victory in June elections.

Both opposition leaders are in their 70s and were accused by Iranian officials of stoking unrest under an alleged Western-backed plan to topple the leadership of the Islamic Republic. Neither has been tried.

Karrubi is ready to stand trial and “won’t protest, no matter what the sentence,” his son quoted him as saying. His sole request is to have a public trial so his defense can be published in the media, he said.

In a July address, Iranian Supreme Leader Ayatollah Ali Khamenei demanded an apology from the two men, whose names are rarely mentioned in Iranian media.

Since Rouhani’s election, some restrictions have been eased. Some political prisoners have been released, and the government has shown increased tolerance toward the media.