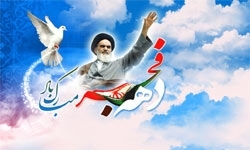 TEHRAN, Feb. 2 (MNA) – Iran has marked the 35th anniversary of Islamic Revolution in its 78 Cultural Representations in 60 countries worldwide.

The Islamic Cultural Relations Organization reported Sunday that during the Ten-Day Dawn magnificent ceremonies will be held worldwide.

Iranians and the lovers of the Islamic Revolution including expert meetings will attend the ceremonies on the outcome of the Revolution and Iran’s contemporary progress.

Also recent Iranian movies will be shown to the attendants in addition to explanation of Iran’s president WAVE proposal to the UN.

There will be book fairs and photo exhibitions featuring the Islamic Revolution of Iran. Handicraft exhibition and art galleries will be held alongside cultural quests to help the attendants get familiar with Islamic-Iranian culture.

More than 170 Iranian artists in diverse fields participated in the ceremonies.