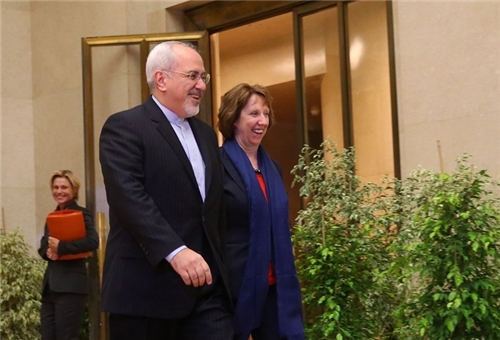 Berlin, Jan 31, IRNA — Iranian Foreign Minister Mohammad Javad Zarif on Friday called on the US not to miss out on this unique opportunity to gain the trust of the Iranian nation.

Talking to IRNA and IRIB on the sidelines of the Munich Security Conference following his talks with European Union foreign policy chief Catherine Ashton, Zarif said the US should not waste this chance and make sincere efforts to get the trust of the Iranian people.

Asked about certain statements by US officials on Iranˈs nuclear program, Iranˈs top diplomat replied, American politicians should know that the Iranian people have no trust

whatsoever when it comes to the US.

I hope that whoever is involved in the nuclear talks is aware of the fact that putting pressure on Iran wonˈt yield any result because the Iranian people donˈt cave in to pressure, added Zarif.

He pointed out that the atmosphere following last yearˈs presidential elections in Iran has paved the way for the international community to have more serious negotiations between the P5 plus 1 and Iran.

Referring to his talks with Ashton in Munich, Zarif said both sides agreed to start the next round of nuclear talks in Vienna on February 18.

He also pointed to an Iran visit by Ashton, expected shortly after the February 18 talks in Vienna.

Ashtonˈs trip to Iran would focus on following up on the Group 5+1 agreements as well as the state of EU-Iranian Relations, according to Zarif.