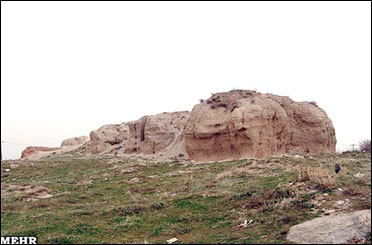 TEHRAN, Feb. 1 (MNA) – Laodicea Temple excavator in Nahavand has said he has discovered the Temple serendipitously.

In a one-day Ceremony of History, Culture and Archaeology Researches in Nahavand the statue of Mahdi Rahbar, the excavator of Laodicea Temple, was unveiled.

An experienced archeologist told Mehr News correspondent that Rahbar had dedicated all his life to the international cultural heritage since 1968 and the Cultural Heritage, Handcrafts and Tourism Organization was indebted to his efforts.

In the ceremony a new book entitled Expert Seminar on Nahavand History and Culture also was unveiled.