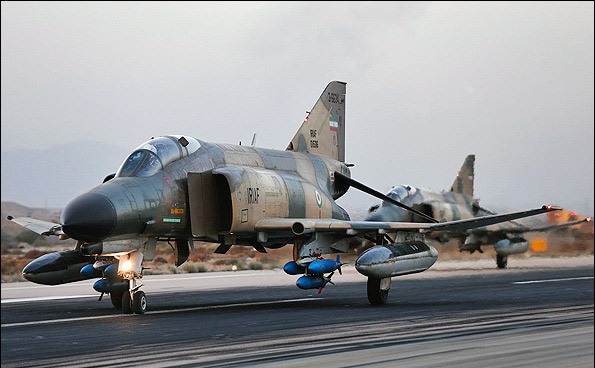 The Islamic Republic of Iran Air Force (IRIAF) plans to hold joint military exercises with other units of the country’s Armed Forces in the next Iranian year (starts on 21 March 2014), said a top commander of the force on Saturday.

The 32nd Iran’s most important film presentation and competition festival, Fajr International Film Festival, has started its programs during a ceremony held in Tehran’s Vahdat Hall.

Swedish FM Due in Tehran on Monday

Swedish Foreign Minister Carl Bildt plans to pay an official visit to Tehran on Monday to confer with senior Iranian officials on the consolidation of the bilateral relations.

Ashton to visit Iran in due time

Ukraine has called for lifting international and unilateral sanctions on Iran over its nuclear energy program.

Minister of Education Ali Asghar Fani rang the bell of Revolution at a girls school in the capital Tehran on Saturday.

Russia urges mediators not to place new demands on Iran

Iranian President Hassan Rouhani said Israel and the United States’ anger is indicative of Iran’s success on the international scene.

The Secretary-General met with the Foreign Minister of the Islamic Republic of Iran, H.E. Mr. Javad Zarif, on the margins of the Munich Security Conference today.

Turkish President Abdullah Gul here on Saturday called on Iran and Turkey to make joint efforts to resolve the ongoing crisis in Syria.