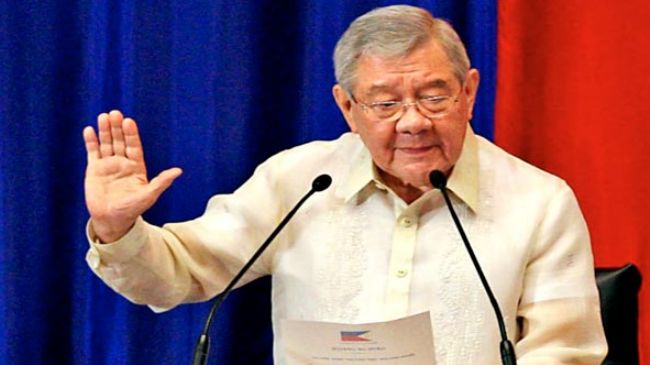 Speaker of the House of Representatives of the Philippines Feliciano Belmonte, Jr. has been officially invited to visit the Islamic Republic of Iran.

During a meeting on the sidelines of the 5th the Philippines-Iran Joint Consular Consultation Meeting in Manila on Thursday, Iranian Deputy Foreign Minister for Consular, Parliamentary and Iranian Expatriates Affairs Hassan Qashqavi extended Iran’s Majlis Speaker Ali Larijani’s invitation to Belmonte to pay a visit to Tehran.

Qashqavi further pointed to the Iran-Philippines Parliamentary Friendship Group in the Iranian Majlis, which is headed by MP Nasrollah Pejmanfar, calling for the formation of a similar group in the Philippines’ parliament.

Belmonte, for his part, expressed gratitude for the invitation and hoped to visit Tehran this year – which marks the 50th year of the establishment of diplomatic ties between the Philippines and Iran – at the head of a parliamentary delegation.

Bilateral relations between the two countries were established on 22 January 1964.

The 5th the Philippines-Iran Joint Consular Consultation Meeting was held in Manila from January 29-30. The meeting was held between the two countries to promote closer cooperation and to strengthen bilateral ties through discussions on consular access, immigration-related issues, and passport and visa matters.

The senior Filipino official also referred to Iran’s position in the Muslim world, calling for the Islamic Republic’s assistance with and support for the peace negotiations between the Manila government and the Philippines’ Muslims.

The pact, agreed to in Malaysia, addresses longstanding security questions, which have severely damaged the Philippines. It includes a large degree of political autonomy for Muslims in Mindanao as well as revenue sharing of natural resources in a region known to be loaded with significant gold, silver and copper deposits.