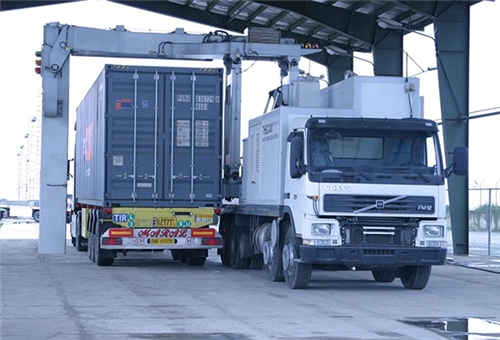 TEHRAN (FNA)- Iran has exported more than $4.4 billion to Iraq in the first ten months of the current Iranian year (March 21, 2013-January 20, 2014), a trade official announced on Wednesday.

“A sum of $4.40787 billion worth in goods has been exported to Iraq (from Iran),” Trade Promotion Organization (TPO)’s Director for Trade with Iraq Majid Qorbanifaraz said, addressing a conference in the Western city of Kermanshah titled trade and investment opportunities in Iraq.

He said that export of cement to Iraq ranks first compared with other commodities, adding that a total of 185 cars have also been exported to Iraq.

Qorbanifaraz noted that tiles are the second most exported commodity to Iraq after cement.

The figure is marking 12 percent increase in terms of weight, a report said on Sunday.

Meanwhile, Iran has imported over 28.2mln tons of commodities, worth $18.9bln, in the same period.

The figure is indicating a 23-percent rise in terms of value compared to the corresponding period last year.

China, Iraq, the United Arab Emirates, India, and Afghanistan were the main importers of non-oil products from Iran. They imported goods from Iran valued at $4.252bln, $3.870bln, $2.318bln, $1.659bln, and $1.639bln respectively during the mentioned period.