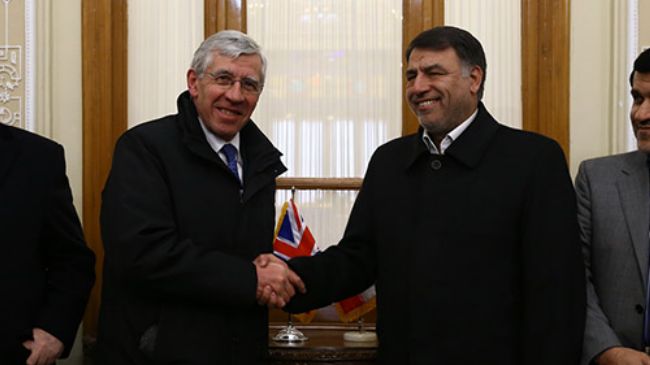 The British parliament has officially invited a delegation from Iran’s Majlis to visit the UK, says the head of the Iran-Britain Parliamentary Friendship Group.

“Considering the positive stance of the British parliamentary delegation during their [recent] visit to Iran and their stances after their return [to their country], we have verbally agreed on the British MPs’ invitation,” said Abbas Ali Mansouri Arani.

The UK parliament’s invitation letter is due to be discussed at a Majlis committee charged with approving foreign trips, he added.

If the invitation receives final approval from Majlis, an Iranian parliamentary team will visit the UK next summer, said Arani who also sits on the National Security and Foreign Policy Committee of the legislature.

Earlier in January, a four-member delegation from UK parliament headed by Former British Foreign Secretary Jack Straw paid a three-day official visit to Tehran. The visit came at the invitation of the Iran-Britain Parliamentary Friendship Group.

The Islamic Republic of Iran and Britain agreed earlier in October to appoint non-resident chargés d’affaires as a first step toward reopening their respective embassies, which were unilaterally closed by the UK in late 2011.