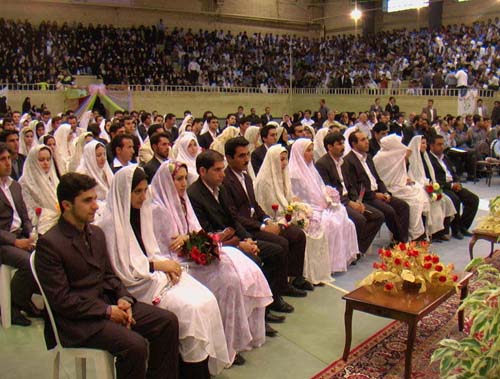 Charity helps more than a hundred couples marry. Private charity, Dastane Mehraban, which translates to “kind hands” in English, has done something few charities in other parts of the world are involved in; it has helped a hundred young couples get married.

These kinds of charities are not new in Iran; they have been helping couples get married since the beginning of Iran’s Islamic revolution in 1979. The head of social committee of Iranian parliament was at the event. He says that families are the most important element of a society.

The head of “Kind Hand Charity” talked to Press TV about its charitable activities Around a hundred orphans the charity has been helping were invited as guests. One of the little girl here has lost her father and lives with her mother.