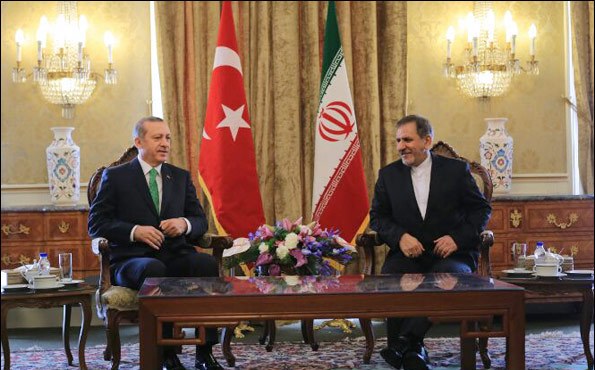 Erdogan made the remarks while speaking in a meeting with First Vice-President of Iran Eshaq Jahangiri.

The turkish premier is in Tehran on an official invitation of Jahangiri.

Appreciating Jahangiri for his invitation, Erdogan said the two capitals should remove the existing obstacles to promotion of bilateral cooperation in order to get to a targeted annual 30-billion-dollar trade volume.

Erdogan added that Tehran and Ankara could also have effective counter-terrorism cooperation.

He expressed hope that the two countries could reach their targeted annual trade volume of 30 billion dollars by 2015.