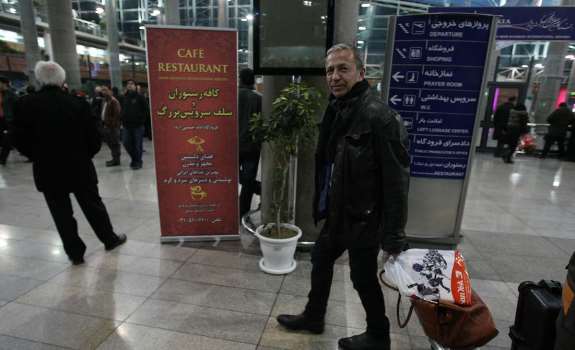 The inspectors of the International Atomic Energy Agency (IAEA) have started visiting the Gachin uranium mine in the south of Iran.

“The International Atomic Energy Agency inspectors have started their visit of the Gachin mine in the port city of Bandar Abbas, and the inspectors are now conducting their inspection,” Behrouz Kamalvandi, the spokesman for the Atomic Energy Organization of Iran (AEOI), said Wednesday.

The three-member IAEA inspection delegation arrived in Tehran on Tuesday to visit the Gachin mine as part of a joint statement signed by Iran and the UN nuclear body in November 2013 to outline a roadmap for bilateral cooperation on certain outstanding issues.

Under the Iran-IAEA deal, Tehran agreed, on a voluntary basis, to allow the IAEA inspectors to visit the Arak heavy water plant and the Gachin uranium mine.

The IAEA Safeguards Agreement does not require Tehran to authorize IAEA inspections to visit those sites. The voluntary move is a goodwill gesture on the part of Iran to clear up ambiguities over the peaceful nature of its nuclear energy program.