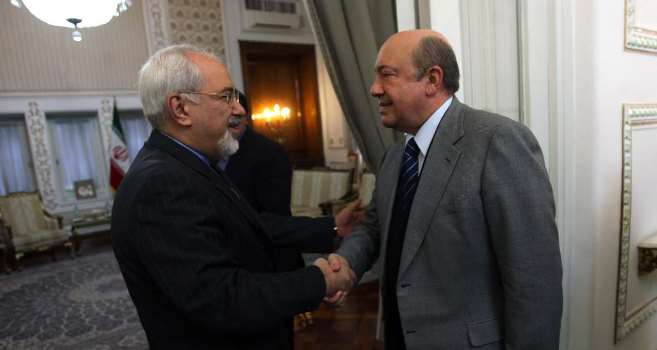 Relations between Tehran and Moscow are in line with the two nations interests while serving regional and international peace and stability, Zarif said.

Zarif said that grounds are prepared for expansion of economic cooperation.

He expressed the hope that ties between the two neighboring states to develop more than before.

Zarif said that Iran would welcome the scheduled visit to Tehran of Russian President Vladimir Putin.

Referring to the visit to Moscow of Majlis Speaker Ali Larijani, the foreign minister said that it would serve to develop parliamentary cooperation, calling for regular visits of the two countries officials to one another for consultations and help increase current level of relations.

The former Russian foreign minister said that he was pleased with the breakthrough nuclear deal with the western governments in Geneva on November 24.

The western governments launched propaganda campaign against Iranian nuclear program in the past 10 years. They used the national nuclear program as a pretext to escalate arbitrary sanctions on Iran to inflict several hundred billion damages on Iranian people.

The Iranian government reserves the right to take legal action with the International Court of Justice in the Hague against the US administration to seek compensation for orchestrating international sanctions on Iran in the past three years.