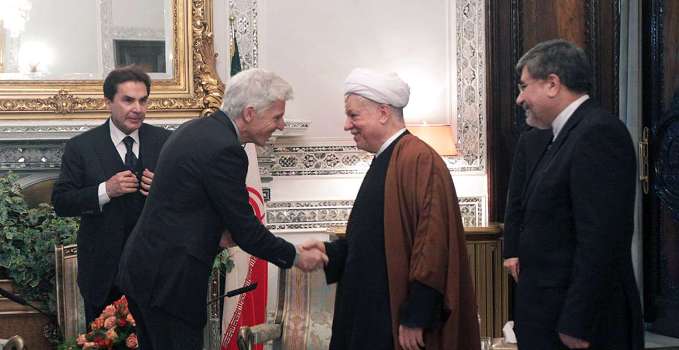 Tehran, Jan 28, IRNA – Chairman of Expediency Council Ayatollah Akbar Hashemi Rafsanjani said Tuesday that Iran and Europe have come to the conclusion that they should normalize their ties.

In a meeting with Italian Minister of Tourism and Culture Massimo Bray who is on a visit to Tehran, Ayatollah Rafsanjani referred to historical commonalities between the two countries as a base for further promotion of relations that he said could even affect bilateral economic and political ties.