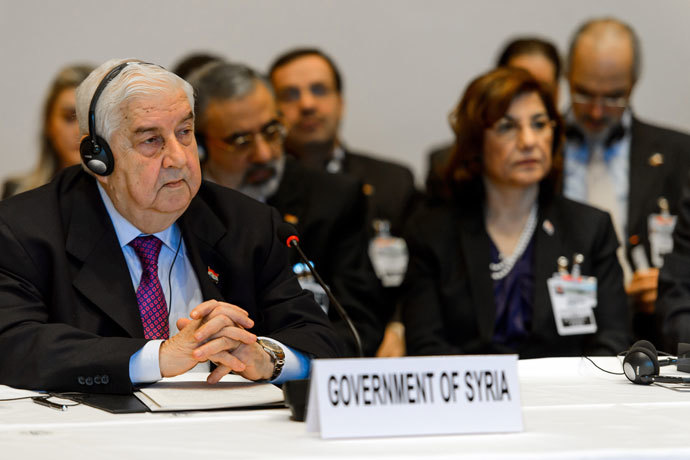 Holding the Geneva II conference on the crisis in Syria without the participation of Iran is a futile move, says a former member of New Zealand’s parliament.

The presence of the terrorists’ supporters – from all over the world and Western countries led by the US – in the Geneva II conference complicated things in the confab, said Richard Mason, adding that “the failure of the conference attested to the significance of Iran’s role in [resolving] regional issues.”

He also noted that Syria has been hit by this conflict “because of its resistance to Israel’s bullying in the Middle East and Sunni extremists as well as its (Syria’s) valuable strategic position.”

He denounced the West’s attempts to manipulate the wave of revolutions in the Middle East and North Africa and the stubbornness of despotic Arab states, saying that the West and its allies in the region are accountable for regional conflicts and crises.

“Diabolism and attempts to manipulate the Arab Spring have been a misfortune from the very beginning. The illegitimate interference of NATO forces in Libya, the problems that still prevail in Tunisia, the military coup in Egypt and the blind intransigence of the dictatorial regimes of Saudi Arabia, Yemen, Qatar, Kuwait and the UAE have all contributed to the present situation.”

The Geneva II conference on Syria kicked off in the Swiss town of Montreux on January 22. It is aimed at finding a political solution to the crisis in the Arab country.

The opposition and its Western supporters insist that President Bashar al-Assad must step down and a transitional government be formed in Syria.

This is while Damascus has rejected the demand, arguing that the foreign-backed opposition does not represent the Syrian opposition.