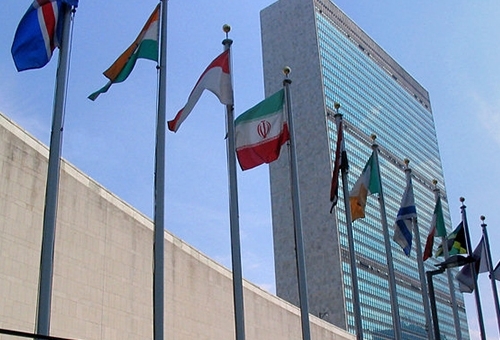 TEHRAN (FNA)- The Iranian mission at the UN headquarters in New York in a memo called on the UN Secretary-General Ban Ki-moon to accelerate efforts to identify and punish those behind the recent terrorist attacks on Iran’s embassies and diplomats.

The memo pointed to the three important terrorist actions launched against the Iranian diplomats and diplomatic missions in Yemen and Lebanon in the last several months, and underlined the necessity for making utmost efforts to prevent their repetition and punish the terrorists behind the attacks.

“The Islamic Republic of Iran is ready to cooperate and punish the elements who have been involved in these attacks,” the memo said.

In July 2013, unknown assailants abducted the Iranian embassy staff member, Nour-Ahmad Nikbakht, in Safr street in the Yemeni capital, Sana’a. Despite the Iranian foreign ministry and the Yemeni officials’ efforts, he has not been released yet.

Also last Saturday, Iranian diplomat Abolqassem Assadi was gunned down by unknown gunmen outside his home in the Yemeni capital.

A few hours later, Iranian Foreign Ministry Spokeswoman Marziyeh Afkham announced that the Iranian diplomat had succumbed to his injuries.

In another incident on November 19, bombings in front of Tehran’s embassy in Beirut left 23 dead, including cultural attaché Ebrahim Ansari.

The Lebanese security forces announced in December that they had arrested Majed al-Majed, the Saudi ringleader of Abdullah Izzam Brigade which has claimed responsibility for the November 19 bombings.

Political analysts believe that the supporters and financers of Abdullah Izzam terrorist group have killed Majed for the fear of the possible revelations he could make against the Saudi Takfiri groups and his masters.

Also, other observers say that the Lebanese security forces had started Majed’s interrogation before his death, but refrained from disclosing their information upon Riyadh’s request.

Al-Majed, a Saudi citizen was detained in Lebanon and had been held at a secret location. According to Islamist websites, al-Majed was announced as leader of the Brigades in 2012.