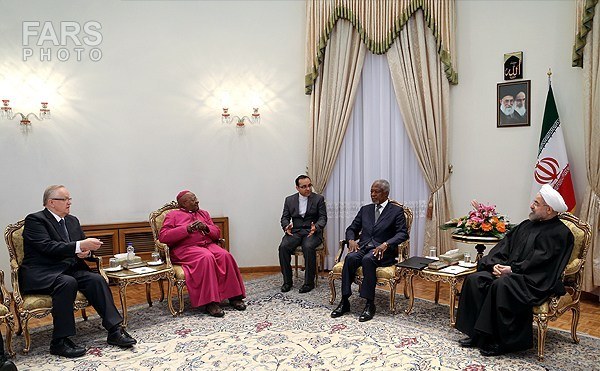 On Monday, the group met with Iran’s Foreign Minister Mohammad Javad Zarif. Annan says that the group is urging Iran to build on a historic deal reached with world powers in November over its contested nuclear program and work toward a final settlement.