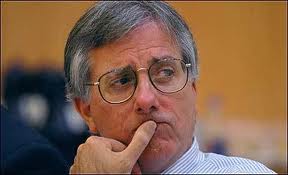 Nasim— Dennis Ross, former special assistant to President Obama from 2009-11, urged White House to work on new sanctions on Iran, saying that the administration should be “preparing the ground to increase the pressure in a meaningful way.”

In an article issues in Politico Magazine, Ross claims that the only chance of getting Iran to “give up nuclear objective, is for Iran to believe that the cost of pursuing it is simply too high.” Based on this theory, he argues: “the White House’s position should not give the Iranians any comfort.”

“But it will require lawmakers to accept the argument that adopting new sanctions now will allow the Iranians to walk away while our P5+1 partners blame us instead of them,” he further adds and urges White House to “recognize the importance of being willing to add to the pressure and of working with the Hill to that end.”

Counselor of the Washington Institute for Near East Policy underlines that the administration should agree with “key members of Congress on which new sanctions it would be prepared to adopt if there is no follow-on agreement to the Joint Plan of Action” in order to signal to the Iranians that what we will do if diplomacy fails.

He finally concludes that the solution is for Congress not to adopt the new sanctions during the life of the Joint Plan of Action, “but the Hill would know that the administration is preparing the ground to increase the pressure in a meaningful way.”