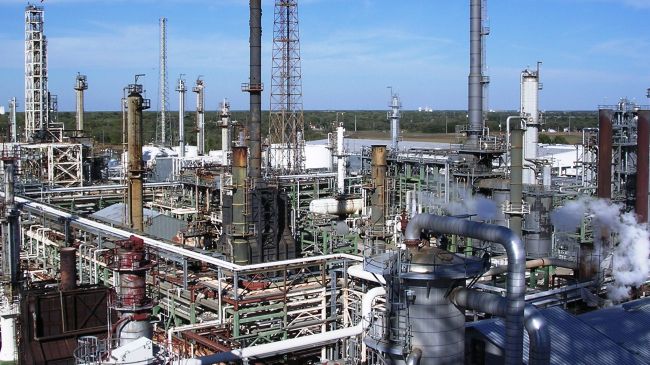 A file photo showing installations at an Iranian petrochemical plant

Tehran, Jan 27, IRNA – The United States and European Union would soon exclude 14 Iranian major petrochemical companies from the list of sanctions after the implementation of the Geneva deal started on January 20.

After several days of intensive talks, Iran and the Group 5+1 (US, Russia, Britain, France and China plus Germany) made a nuclear deal in the Swiss city of Geneva on November 24, 2013.

Experts of the two sides organized a mechanism or a joint plan of action for implementation of the agreement and proposed January 20 for its implementation.

The agreement is for a period of six months during which the relevant countries hope to seal a final comprehensive deal that would ultimately result in the permanent lifting of all sanctions against Teheran.

Meanwhile, after taking the first step to implement the Geneva deal on January 20, the US Treasury Department announced that it would soon exclude 14 major Iranian petrochemical companies from the US blacklist.

Iranˈs Jam petrochemical company too announced on January 26 that it has been removed from the blacklist of the Office of Foreign Assets Control (OFAC) of the US Department of the Treasury.

Meanwhile, sanctions on export of certain Iranian petrochemical products to Europe have been lifted after the start of the Geneva deal implementation.

Before sanctions, Iranˈs petrochemicals export to EU stood at annual 2-2.5 billion dollars. However, under the sanctions, such products are mostly exported to Asian, African and some South American countries.