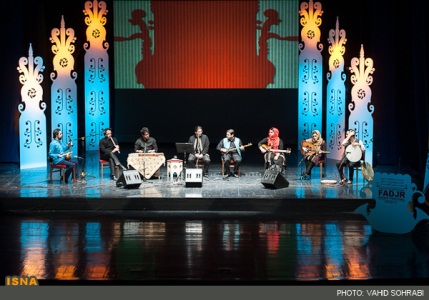 Iran has programmed to hold the 29th edition of the country’s most important music event, Fajr International Music Festival in Tehran.

Some nine music halls in Tehran are being prepared to host this year’s festival in different categories.

While each hall will be dedicated to a particular section, the halls will present diverse programs.

“We seek to have major developments in the international section of this year’s festival in comparison with previous editions,” said the managing director of the association, Ali Torabi.

As one of the main organizers of the festival, the association has invited a number of renowned foreign music ensembles to the event, he explained.

“The association is also planning to revive the children’s section, which was excluded from the festival last year due to some financial problems,” Torabi noted.

Iran’s Fajr International Music Festival is part of the country’s cultural programs held every year to commemorate the anniversary of the 1979 Islamic Revolution.

Since its establishment in 1986, many musicians from several countries like Austria, Germany, and France participated in the event.

The festival annually hosts many domestic and foreign artists performing different pieces in various categories such as International and Folk Music, Classical Music and Youth and Women Music.

The 29th Fajr International Music Festival is scheduled to take place from February13 through 20, 2014.

Iranian composer Hassan Riahi has been approved as the secretary of this year’s festival.