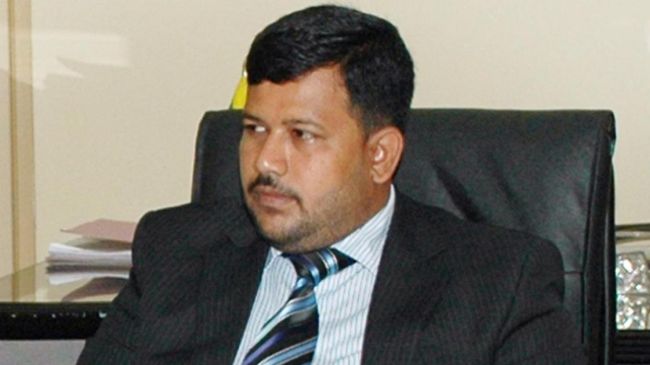 Sri Lankan Minister of Industry and Commerce Rishad Bathiyutheen says his country will proceed with oil cooperation with Iran.

Speaking to IRNA on Monday, Bathiyutheen added that his country failed to pay its 250-million-dollar oil debt to Iran due to banking sanctions against Tehran over its nuclear energy program and emphasized that the issue would be resolved soon.

He added that Sri Lanka and many countries which had trade and economic relations with Iran have suffered damage from anti-Tehran sanctions.

At the beginning of 2012, the United States and the European Union imposed new sanctions on Iran’s oil and financial sectors in a bid to prevent other countries from purchasing Iranian oil and conducting transactions with the Central Bank of Iran.

However, the Council of the European Union on January 20 suspended part of the sanctions it imposed against Iran following an interim nuclear deal in November between Tehran and the six world powers – the United States, Britain, France, China, Russia and Germany.

The Sri Lankan minister pointed to deep-rooted political, economic and cultural relations between Tehran and Colombo and expressed hope that the two sides would further improve their relations.

He added that the new approach adopted by Iranian President Hassan Rouhani on constructive interaction with the world would be beneficial both to Iran and all countries that have trade and economic exchanges with Tehran.

On January 16, Iran and Sri Lanka inked a memorandum of understanding on the expansion of bilateral economic cooperation.

The MoU was signed by Iran’s Deputy Minister of Industry, Mine and Trade Ahmad Doost Hosseini and Bathiyutheen at the end of the 10th meeting of Iran-Sri Lanka Joint Economic Commission in Tehran.