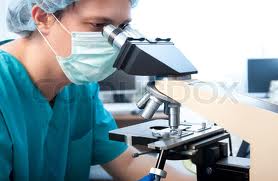 The first anti-cancer medicine was produced in Iran,” Head of the Public Relations of the Presidential Office’s Technological Cooperation Department Amir Khanian said.

He also said that the Iranian scientists have produced 18 biotech drugs and are carrying out research on another 29 biotech medicines.

The country has already mass-produced Doxorubicin – a non-carcinogenic drug – used in lung and breast cancer cases and made based on nano-liposomes technique. The drug with higher efficiency needs lower times for use and naturally lessens side effects, including vascular and heart complications.

Iran has also produced two other non-carcinogenic medicines Paclitaxel for breast and ovarian cancer and oxaliplatin for colon cancer.

Hybrid nanocomposites were used in this drug delivery system. Carbon nanotubes were also used in the system to make possible the quick passage through cellular walls.

Among the significant characteristic of the research was hybridization of a series of nanomaterials in a system to use all their properties in the elimination of cancerous cells.

Iran is among the very few countries which have developed a remedy for the most fearsome disease in the human community, known as AIDS. In 2007, Iranian scientists found a safe and effective cure for the dreaded virus, AIDS. This medicine made up of herbal and chemical components works to build immunity and enhance the quality of life of both AIDS and HIV-positive patients with no proven side effects.

Five years later, Iran helped Mali control and contain HIV infection across the African nation. A senior official of Iran’s Red Crescent Society announced in August 2012 that HIV-infected patients in Mali had shown positive reactions to the Iran-made AIDS curing drug, Imod, in the course of their treatment.

“We have been witnessing highly positive results of Iran-made Imod drug on AIDS patients in Mali during the last two years,” Deputy of RCS for Health, Treatment and Rehabilitation Abdolreza Shahrezayee told FNA on August 31, 2012.

He underlined Iran’s extended health and treatment services in Mali, and said HIV-positive patients were being cured by Imod in RCS’s polyclinic.