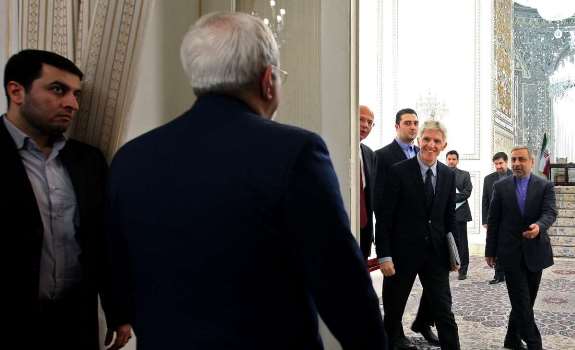 The present international cultural relations are still influenced by the culture of the Cold War era, 22 years after it was ended, Zarif said, underlining the need for development of the current global cultural ties.

Noting that violence and extremism are against civilization, the Iranian minister said all world nations share a common viewpoint which is fighting violence.

Zarif stressed that confronting extremism and violence is on the agenda of his ministry, reiterating, cultural cooperation is the only way to fight extremism.

The Italian minister, for his part, said cultural cooperation could result in the trust building process among different nations.

While in Tehran, Bray has so far, held separate meetings with a number of Iranian officials including Vice-President and head of Iran Cultural Heritage, Handicrafts and Tourism Organization (ICHHTO) Mohammad Ali Najafi and Deputy Minister of Culture and Islamic Guidance Ali Moradkhani.

He has also visited Tehran Museum of Contemporary Art.

Bray is scheduled to visit the ancient city of Bam in the southeastern province of Kerman.