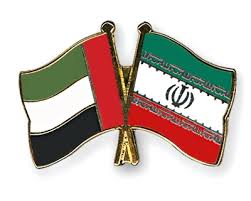 The withdrawal of sanctions and reopening of trade are expected to benefit the emirate.

First, the Expo 2020 award and then the prospect of the reopening of the Iranian market — Dubai could not have asked for a better beginning for 2014. While the two landmark events are by no means mutually exclusive, they are expected to perform two different roles in the emirate’s growth prospects.

There are no two opinions on the importance Expo 2020 has in putting Dubai’s economy back on track, but the impact is not expected to be fully realised until the infrastructure build-up starts in right earnest, which is as yet a long way off. Going by current indications, the Expo stimulus will start playing out to its full potential only after 2016.

In fact, the initial euphoria has given way to a greater sense of realism, with various segments of the economy reporting that, barring certain sectors, nothing much has changed on the ground.

But this is not the case with the opening of the Iranian market. The lifting of sanctions, although on a limited scale in the wake of the new initiatives for dialogue between Tehran and Western powers, has already prepared the ground for easing some of the trade restrictions, particularly for Dubai’s trade with Iran. Traders are fully gearing up for a major thrust in this regard, exploring joint ventures, tying up supply sources and forging new commercial relationships with Iranian players.

The call by His Highness Shaikh Mohammed Bin Rashid Al Maktoum, Vice-President and Prime Minister of the UAE and Ruler of Dubai, stressing the need for an early lifting of sanctions and providing Tehran the space that it deserves has boosted optimism. Dubai traders point out that some of the restrictions, including in the grant of visas to Iranian traders and nationals, have already been removed and the conditions for a full-scale revival of trade are expected to be established sooner than later.

Iran traditionally has been a captive market for Dubai, part of the trade going directly between Dubai exporters and the Iranian buyers and the rest routed through Dubai as a transshipment hub. Right from the time when Iranians were first invited to Dubai by the then rulers and provided with all means to set up business here, Iran has been a major destination for Dubai’s export and re-export trade.

The Dubai Creek and the hundreds of dhows that line its two sides have played a legendary role in building up the emirate’s status today as a leading trading hub.

Even as the UAE has fully complied with all the Western sanctions against trade with Iran, the deep linkages between Dubai and the Iranian market have remained intact, although it had become virtually impossible to carry on trade. In fact, the loss of the Iranian market has been a major setback for Dubai businesses and the problem hurt the most as other sectors of the economy struggled to grapple with the real estate downturn and the serious financial crisis.

The Dubai traders are now hoping to re-establish their hold on the Iranian market as they note that the trade sanctions did not allow any other player to get established as an alternative supplier. Apart from the collapse of the Iranian currency, traders on either side had tried out several alternative mechanisms for transacting payments, including a limited system of barters, but none of these really succeeded to break the impasse, which ensured that the market remained completely undersupplied and unoccupied.

The withdrawal of sanctions and reopening of trade would assure Dubai of a market starved for all kinds of products and additionally enjoying significantly higher liquidity levels, thanks to the unlocking of billions of dollars caught up in sanctions. According to reports, over $4 billion (Dh14.7 billion) of revenues held abroad is currently blocked from access to the Iranian authorities and release of this as well as additional sanctions-hit funds as per a timetable would ensure the flow of billions of dollars into the market, raising both the demand for goods as well as paying capacity.

This is a golden opportunity coming Dubai’s way.