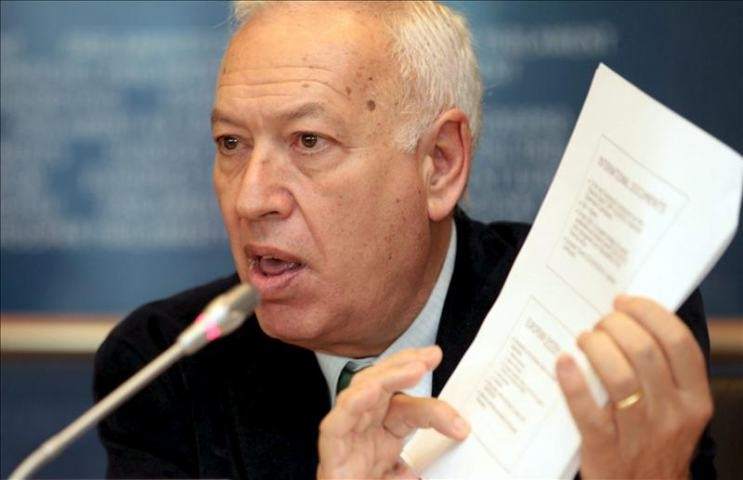 The Spanish minister made the announcement in a meeting with the visiting Vice-President of Iran Mohammad Ali Najafi who conveyed warm greetings of Foreign Minister Mohammad Javad Zarif to his Spanish counterpart.

Garcia-Margallo stressed that promotion of bilateral ties with Iran is on the agenda of his countryˈs foreign policy which is based on expansion of global peace.

Meanwhile, Najafi expressed hope that Tehran-Madrid relations would be further promoted after removal of all anti-Iran sanctions.

He also called on the Spanish minister to visit Iran in near future.