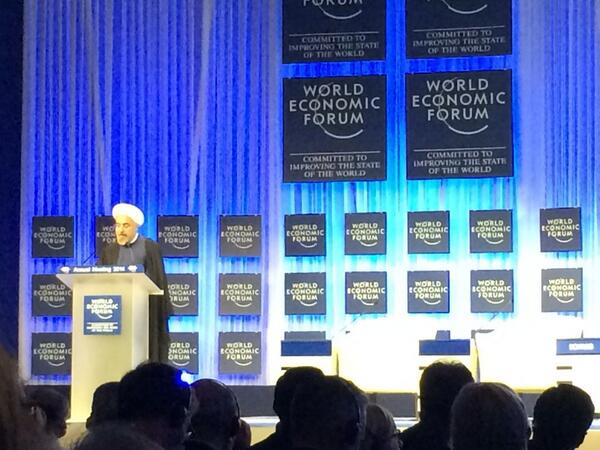 WASHINGTON: Claims by top Iranian leaders that Washington is misrepresenting terms of an interim nuclear deal left the White House with a new political headache on Thursday as it battles to build support for the pact.

Comments by President Hassan Rouhani and Foreign Minister Javad Zarif left the White House parrying accusations that it had underplayed concessions it made in the interim deal, which went into force this week, and overplayed Iran’s commitments.

“The White House tries to portray it as basically a dismantling of Iran’s nuclear programme,” Zarif said in an interview with CNN, denying that Tehran had many any such promise.

“If you find a single, a single word that even closely resembles dismantling or could be defined as dismantling in the entire text, then I would take back my comment,” Zarif said in the interview broadcast on Wednesday.

In another CNN interview, President Hassan Rouhani suggested that Iran has a different vision of the terms of a final nuclear deal from Washington — which expects Tehran to dismantle important parts of its nuclear programme.

White House spokesman Jay Carney argued in response that Washington had known all along that Iran would try to “spin” the deal, which went into force this week, to its own advantage and for domestic political reasons.

“This is all about what they do, not what they say,” Carney said, and also said that the question of “dismantling” aspects of Iran’s nuclear programme was more relevant to discussion about the comprehensive final agreement the United States and western powers hope to make with Iran rather than the interim deal.

The comments by Zarif and Rouhani forced the administration into a new attempt to defend the nuclear deal as it fights an effort by a bipartisan group of lawmakers to impose new sanctions on Iran which President Barack Obama fears could scupper the diplomatic process.

Republican Senator Mark Kirk, one of the top backers of new sanctions, seized on Zarif’s remarks on Thursday.

“15k centrifuges must be removed to thwart Iranian bomb,” Kirk wrote on Twitter.