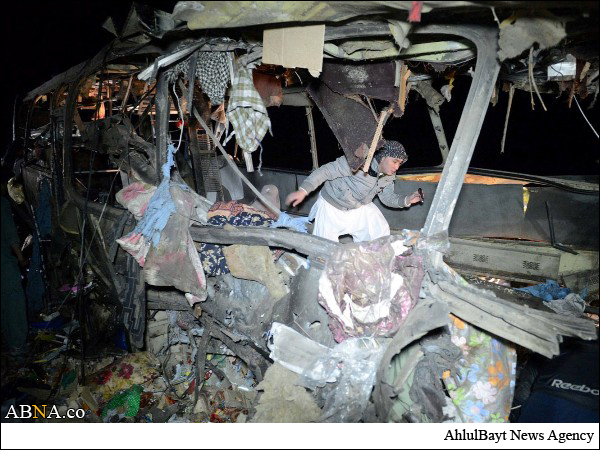 (Reuters) – Pakistan has suspended buses carrying Shi’ite pilgrims from travelling through its volatile Baluchistan province to neighboring Iran due to security concerns after a suicide attack killed 27 pilgrims this week, officials said on Friday.

A 700 km (430 mile) highway connecting the Pakistani city of Quetta and Iran, home to many Shi’ite pilgrimage sites, has seen dozens of suicide and roadside bomb attacks claimed by radical Sunni Islamist groups.

“We have temporarily suspended the movement of buses on the highway until the security situation improves,” a senior official of the provincial government told Reuters.

Sectarian attacks are on the rise in Pakistan, where minority Shi’ites make up about 20 percent of the 180 million people. Human Rights Watch says more than 400 Shi’ites were killed in 2013, including members of the Shi’ite Hazara minority group.

On Tuesday, a suicide bomber drove his car into a bus killing 27 Shi’ite pilgrims and prompting hundreds of Hazaras to take to the streets to protest against the violence.

“No place is safe for us. There is no alternate road. We have to travel through this ‘bloody highway’ each time we go on a pilgrimage,” said Mohammad Ismail Changazi, one protester.

Sunni militant group Lashkar-e-Jhangvi claimed responsibility for the latest attack. LeJ see Shi’ites as non-Muslims who should be killed.