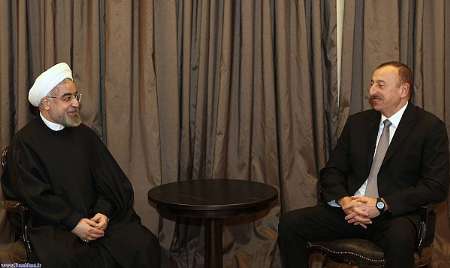 Iran ready to transfer its experiences to Azerbaijan Republic

President Rouhani called for more trade and economic relations between Tehran and Baku, addig that Iran is ready to transfer its experiences in different fields including petroleum and petrochemicals to Azerbaijan Republic.

President Alyiev, for his part, congratulated President Rouhani on his election and said common points between the two countries in culture, religion, and social affairs are strong points in bilateral relations.

The two presidents also officially invited each other to visit Tehran and Baku.