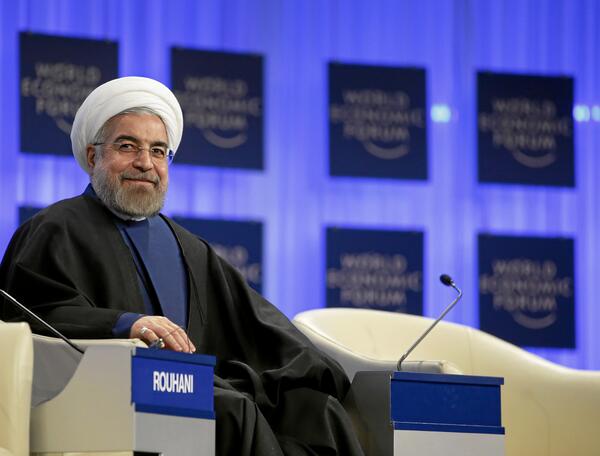 Rouhani says in negotiations with U.S., Europe relations to normalise

Iran is negotiating with the United States as part of a “constructive engagement” with the world community and wants Washington to back up its words with actions, President Hassan Rouhani said on Thursday.

Iranian President Hassan Rouhani said on Wednesday it was possible to turn more than three decades of enmity with the United States into friendship if both sides made an effort.

One hundred and fifty members of the Iranian Parliament have called on parliamentary speaker Ali Larijani to provide MPs with a detailed draft of the Geneva agreement signed by Iran and the 5+1 in November of 2013.

Iranian President Hassan Rouhani in a meeting with Dutch Prime Minister Mark Rutte on Thursday stressed that Iran is determined to be fully committed to the Geneva nuclear deal if the other side fulfils its obligations.

Romanian Ambassador to Iran Christian Teodorescu said in a meeting with Chairman of the Iran-Romania Parliamentary Friendship Group Mohammad Mehdi Zahedi in Tehran that his country attaches great and special importance to its relations with the Islamic Republic.

The Obama administration expects negotiations on a final nuclear agreement between world powers and Iran to begin by mid-February.

German companies are to benefit from the partial lifting of Iran sanctions, according to Lufthansa CEO Christoph Franz.

Five Iranian skiers will participate in the 2014 Winter Olympics in Sochi, Russia.

President Hassan Rouhani said he is in Davos to convey the Iranian nationˈs message of friendship, interaction and peace to the officials, intellectuals and entrepreneurs attending the gathering from several world countries.

President Hassan Rouhani and President of the World Economic Forum Klaus Schwab in a meeting in Davos, Switzerland, discussed and exchanged views on Iranˈs economic policies.