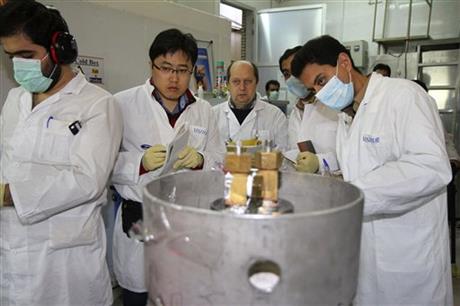 TEHRAN (ISNA)- Iran’s 5 percent enriched UF6 stockpile will rise by 400 kilograms during the period of enforcement of Geneva deal lasting for 6 months.

Based on the first step of Joint Plan of Action, already concluded between Iran and the G5+1, the stockpile of 5-percent enriched uranium which is to be produced after enforcement of the deal should not exceed the current volume as investigated by the International Atomic Energy Agency (IAEA) inspectors recently.

Based on the plan, Iran should change half of its 20-percent enriched UF6 (totaling 200 kg) to uranium oxide to build fuel plate and dilute half of the other to uranium enriched by below five percent. A process which increase stockpile of Iran’s 5 percent enriched uranium by 400 kg.

The recent report released by the IAEA Director General Yukiya Amano in November on Iranian nuclear centers and activities, the country’s stockpile of the 5 percent purified UF6 totaled 7154.3 kg. The amount must have been increased over the last three months.