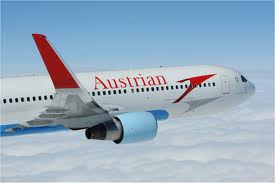 Austrian Airlines is to relaunch its services to the Iranian capital, Tehran, from 11 March 2014 onwards, depending on the final regulatory approval. The flights will be operated five times a week for the duration of the company’s summer schedule, using an Airbus A320 or A319 bearing the flight number OS 871/2. The service will be bookable from 15 January 2014 onwards. The domestic airline already had a long tradition with the Middle East. She flies since 1984 to the Iranian capital.

Austrian Airlines removed flights to Tehran from its schedule in January 2013 for commercial reasons. These included the strong inflation of the Iranian currency, the rial, and the effects of the economic and political sanctions on the ground in Iran. Thanks to the current stability in the country, however, the Austrian national carrier is now pleased to be able to offer its passengers the service once again.

Austrian Airlines
Austrian Airlines is Austria’s largest carrier and operates a global route network of round 130 destinations. That route network is particularly dense in Central and Eastern Europe with 41 destinations. Thanks to its favourable geographical location at the heart of Europe, the company’s hub at Vienna International Airport is the ideal gateway between East and West. Austrian Airlines is part of the Lufthansa Group, Europe’s largest airline group, and a member of the Star Alliance, the first global alliance of international airlines. The flight operations of the Austrian Airlines Group has been bundled at its 100% subsidiary Tyrolean Airways since 1st July, 2012.