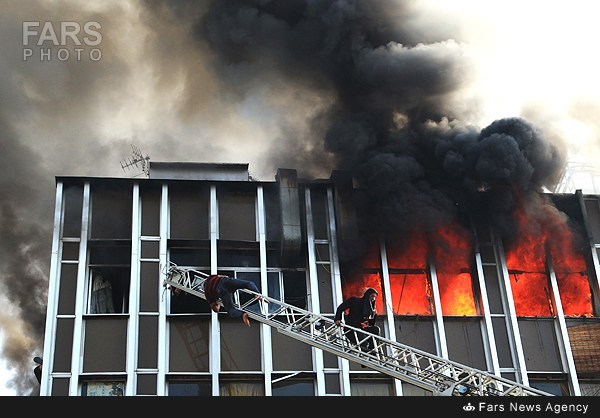 Tehran, Jan 22, IRNA – Minister of cooperatives, labor and social welfare here Tuesday ordered to launch an investigation about the cause for the painful deaths of two armament workshops worker in Tehran’s Jomhouri Avenue on Monday.

The Public Relations Office of the Ministry of Cooperatives, Labor, and Social Welfare, Ali Rabi’ie commissioned his deputy minister to survey and find best ways to make secure the working atmosphere of the country’s factory workers and workshops, and in particular, to find out the exact causes that led to the death of two garment workshop laborers in Monday fire disaster.

Presently the inspectors of the Ministry of Cooperatives, Labor, and Social Welfare are inspecting the dimensions of the deadly incidence.

Meanwhile, in a letter addressed to the interior minister, President Hassan Rohani, too, on Tuesday evening ordered a thorough investigation about the Monday fire disaster that claimed the lives of two hardworking ladies.

In his letter to Abdol-Reza Rahmani-Fazli, President Rohani has expressed deep sorrow over the fire incidence in Tehran’s Jomhouri (Republic) Avenue and the loss of lives of two hard working ladies.

He has also commissioned the interior minister to launch a serious investigation in shortest possible time about the incidence and to report to him about the sorrowful event, according to the Presidential Office website.

At 11:33 Monday morning a fire incident in an eight storey building allocated to dozens of garment workshops in Tehran’s Jomhouri Avenue urged two female workers to rush to the windows of the building’s 5th floor fearing to get burnt alive and stick to the aluminum iron bars on the building’s façade.

But as the aluminum bars heated beneath their tolerance threshold though, the poor women jumped down to their painful immediate deaths.

The fire hazard left also some 15 other people injured in addition to three fire fighters.