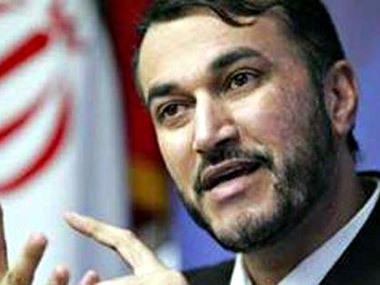 Iran, Nigeria support each other in world: Senior diplomat

Tehran, Jan 21, IRNA – Deputy Foreign Minister in Arab and African Affairs and Nigerian Minister of State for Works in a meeting underlined support for each other in the world.

According to the Foreign Ministry Media Department, Hossein Amir-Abdollahian, in a meeting with Bashir Yuguda, special Envoy of Nigerian president, discussed the most important items in bilateral relations and the regional issues.

The two sides, by referring to existing capacities in the two countries in different sectors, called for all-out expansion in relations, especially in economic ties between Tehran and Abuja.

Referring to Iranˈs principled policy in connection with Africa and considering important position of Nigeria in west Africa, Abdollahian expressed Iranˈs readiness for cooperation in different fields including mass production of residential building projects, vocational plans, agriculture, medicine, as well as cooperation between private sectors of the two countries.

The Iranian senior diplomat, by referring to Iranˈs support for Nigeria in the world communities and underlining the continuation of the trend, underscored necessity of continuation of such cooperation and reciprocal support in the world , such as joint stance on opposition with unjust human rights resolutions against Iran.

He also called for continuation and increasing visits of political delegations in different levels.

Yuguda, by expressing pleasure with visiting Iran and underlining necessity of increasing economic ties between the two countries, expressed Nigeria readiness for holding joint economic commission in near future.

Referring to commonalities between Iran and Nigeria in different fields, Yuguda called for continuation of close cooperation between the two countries in international communities.

Bashir Yuguda arrived in Tehran on Monday morning to submit message of Nigerian president and meeting with Iranian senior officials.