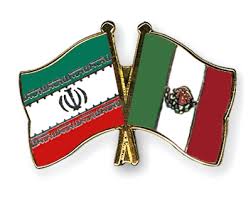 Shiraz, Jan 20, IRNA – Visiting Head of Foreign Relations Committee of the Mexican Senate, Gabriela Cuevas Barrón said on Monday that there are ample cultural and historical affinities between Iran and Mexico which bring the two countries much closer.

The head of foreign relations committee of the Mexican Senate made the remarks in a meeting with deputy Fars Governor General Kamal Firouzabadi.

Touring Persepolis, she said that it is sign of glory and a very rich civilization.

Firouzabadi, for his part, said there exists extensive ground for economic cooperation between the two countries.

The ground for foreign investment in the province is well-prepared, he said.

The two sides also studied expansion of cooperation between Fars province of Iran and Mexico.