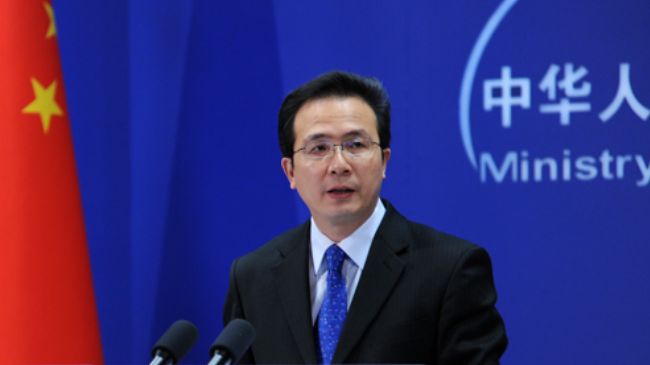 TEHRAN (FNA)- China on Tuesday hailed Iran’s first step towards a nuclear deal by halting 20 percent uranium enrichment, which was reciprocated by the partial removal of the western sanctions a few hours later in the evening.

Chinese Foreign Ministry Spokesman Hong Lei told a regular press briefing that China appreciates the positive and pragmatic attitude of all parties concerned, and urged joint efforts for an overall and appropriate settlement.

Iran suspended 20 percent uranium enrichment in Natanz and Fordow on Monday, implementing its obligations to the interim Geneva nuclear deal. A few hours later, the United States announced easing of some economic sanctions.

Hong said the parties concerned are to start negotiations on a permanent solution to Iran’s nuclear issue very soon.

“We hope all the parties concerned will stick to equal consultation, properly settle disputes, in order to reach consensus on a comprehensive, long-term and appropriate settlement of the nuclear crisis at an early date,” said the spokesman.

China would like to maintain communications with the parties concerned and continue to play a constructive role to this end, he added.

Spokesman of the Atomic Energy Organization of Iran (AEOI) Behrouz Kamalvandi announced on Monday that Iran has begun the voluntary suspension of its 20-percent uranium enrichment in accordance with the Geneva deal struck by Tehran and the world powers in Geneva in November.

Later in the day, the EU and the US announced the lifting of some sanctions on Tehran as the first part of their undertakings under the Geneva Deal.