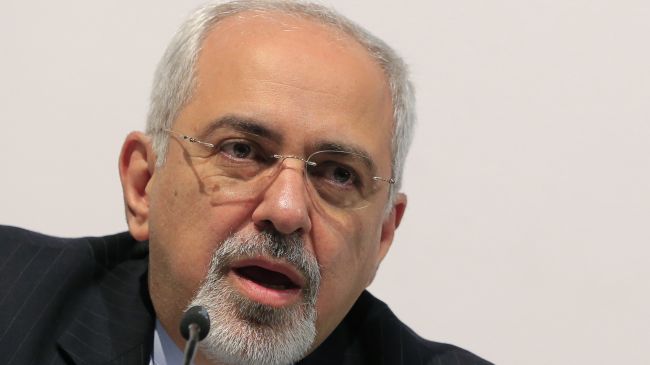 Addressing a Iran-Turkmenistan trade seminar, Zarif said among the most important policies of the Government of Hope and Prudence are removing impediments to foreign trade and providing facilities for economic activists.

He added that volume of Iran-Turkmenistan transactions stood about $70 million in the first year after Turkmenistan attained independence bu the figure has risen to $4.5 billion this year.

Officials of both countries believe that mutual economic and trade cooperation can be upgraded to a higher level given their geographic location and availability of necessary infrastructures, he added.

He pointed to the four ground border points of Sarakhs, Lotfabad, Bajgiran and Incheborun, that have created suitable ground for mutual road transportation.

Elsewhere in his address, Zarif said the Iran-Turkmenistan-Kazakhstan railway is one of the most important measures taken in this direction, which once complted major development will be observed in expansion of regional transportation sector and transit from other countries to Central Asia and vice-versa.

He said the Iran-Oman-Turkmenistan corridor is another step for easy transportation in the region and Central Asian statesˈ access to the Persian Gulf waters as well as their use of Iranian port facilities.

He said Iran and Turkmenistan can have useful cooperation in the field of energy.

He then welcomed Turkmenistanˈs initiative to set up Turkmenbashi port in the Caspian Sea.