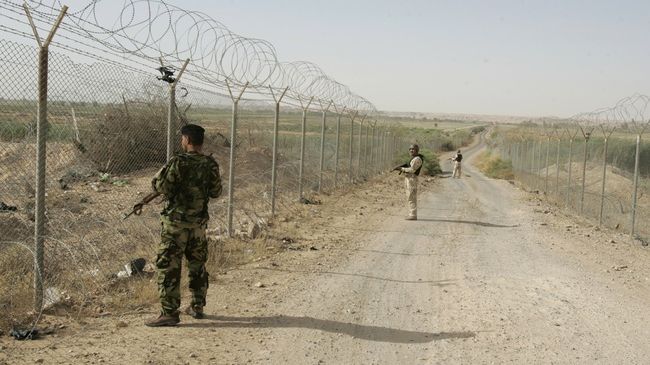 Iraqi security forces have launched an operation against Al-Qaeda-linked militants in the city of Ramadi.

Large areas of Ramadi, the provincial capital of the western Anbar Province, fell to militant control in late December.

On January 19, heavy clashes were reported between militants and Iraqi police, which were supported by local tribesmen and SWAT teams.

Police have imposed a curfew throughout the city.

Militants led by the Islamic State of Iraq and Levant (ISIS) continue to control large areas of east and northeast Ramadi.

There have been no reports of casualties.

In the nearby city of Fallujah, clashes broke out between local tribesmen and militants.

Hundreds of Iraqi troops and dozens of tanks have surrounded Fallujah as local tribesmen try to clear out remaining militants.

Information Minister Mohammed Momani was quoted by government newspaper Al-Rai as saying that Jordan “welcomes positively the U.S. request to train Iraqi forces on its territory.”

A U.S. defense official told the AFP news agency on January 17 that Washington was waiting for an agreement with Jordan or another country to go ahead with the training program.

Maliki has since blamed “treacherous” and “diabolical” countries in the Middle East for the ongoing violence in his country.

Maliki, who made the remarks in a speech in the southern city of Nasiriyah on January 19, did not single out any individual countries.

“Iraq is the target for some countries that are backing terrorism, and backing evil,” he said. Maliki added that the “the whole world has united with us” to tackle terrorism “except some diabolical countries.”

Iraqi officials have previously alleged that Saudi Arabia and Qatar have supported disaffected Sunnis in western Iraq when they have staged antigovernment protests in the past year.