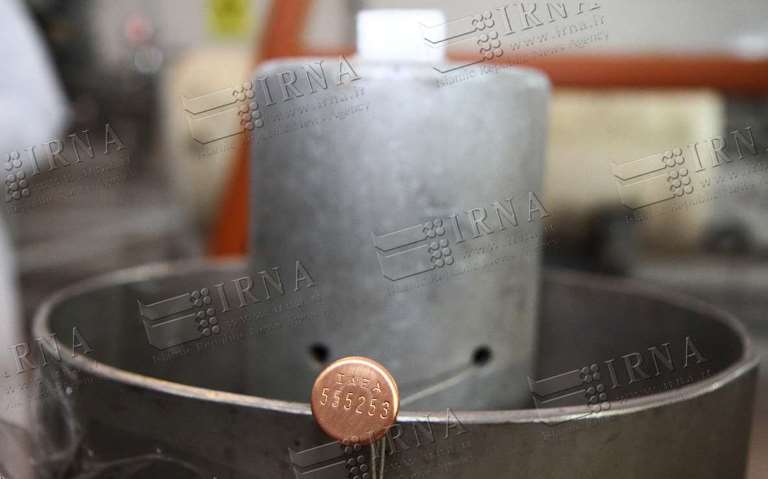 (Reuters) – Iran has halted its most disputed nuclear activity under a ground-breaking deal with six world powers, a confidential U.N. atomic agency report obtained by Reuters showed, paving the way for the easing of some Western sanctions against Tehran.

The report by the International Atomic Energy Agency also said Iran had begun diluting its stockpile of uranium enriched to the fissile concentration of 20 percent – a level that took it closer to the capability of producing fuel for an atom bomb.

Iran was also continuing to convert some of this reserve into oxide for producing reactor fuel, the IAEA said, making the material less suitable for any attempt to manufacture bombs. Iran says its nuclear program is entirely peaceful.

The IAEA will play a pivotal role in checking Iran lives up to its part of the interim agreement by curbing uranium enrichment in exchange for some relaxation of international sanctions that are severely damaging its oil-dependent economy.

It now has one to two teams of two inspectors each on the ground in Iran virtually every day of the year to check there is no diversion of nuclear materials, but one diplomat familiar with the matter said that presence would roughly be doubled.

The overall number of IAEA staff dealing with the Iran file – including analysts and logistical support at its Vienna headquarters – would also increase significantly as a result of the accord between Iran and the powers struck in November.

The diplomat made clear that the first day’s implementation of the six-month deal had run smoothly with good cooperation.

It was referring to the Islamic Republic’s two enrichment plants, at Natanz and Fordow. Cascades are interlinked networks of centrifuge machines that refine uranium. Iranian state television earlier said Iran had halted 20 percent enrichment at Natanz and that inspectors were heading to Fordow.

Iran has been enriching uranium to 20 percent concentration of the fissile U-235 isotope since early 2010, stoking Western alarm over the nature of its nuclear program.

Those included an undertaking that Iran would not build any more enrichment sites during this time under the deal, which is meant to buy time for negotiations on a final settlement of Tehran’s decade-old nuclear stand-off with the powers.

Enriched uranium can have both military and civilian purposes. Iran denies Western allegations that it has been seeking to develop the capability to make nuclear bombs, saying it wants only to generate electricity from enrichment.

The IAEA report also said Iran was, as of January 20, not “conducting any further advances” to its activities at the Arak heavy water research reactor, a plant underconstruction that could yield plutonium as an alternative fuel for atomic bombs once it is operational. Iran denies any such goal.

In a January 18 letter to the Vienna-based IAEA, Iran had enclosed information on centrifuge assembly workshops, storage facilities and centrifuge rotor production workshops, the report added.

“The Agency and Iran have also agreed on arrangements for increased access by agency inspectors to the nuclear facilities at Natanz and Fordow, including in relation to weekends and holidays in Iran,” the IAEA said.