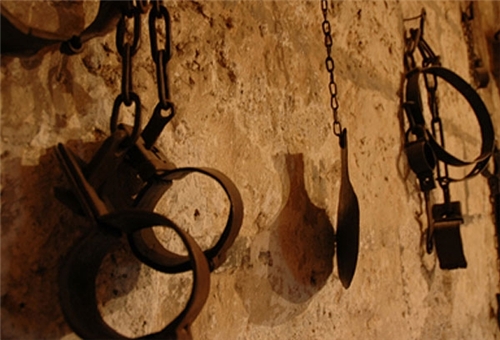 Report: Israel increases use of torture in interrogation centers

Palestine Center for Prisoners’ Studies revealed that many Palestinian prisoners including women and children have been subjected to torture in Israeli jails and interrogation centers, PIC reported.

Israeli torture techniques include beating, blindfolding, hanging, strip search, Shabh (stress position) where prisoners are made to sit on a small chair with their head hooded and hands tied behind their back, pouring hot or very cold water over the head, according to the report.

The human rights center documented several cases of tortured prisoners who were depriving of sleep and forcing into painful positions for long periods in addition to many practices that violate Convention on the Rights of the Child.

The report revealed that Israeli doctors are involved in torture practices against prisoners through submitting false medical files that deny torture crimes before courts.

Palestinian prisoners in israel, Quoted, torture in Israeli interrogation centers January 18, 2014
Some supporters of the Iran deal doubt there will be a long-term pact
Syria opposition leader posts fake photo