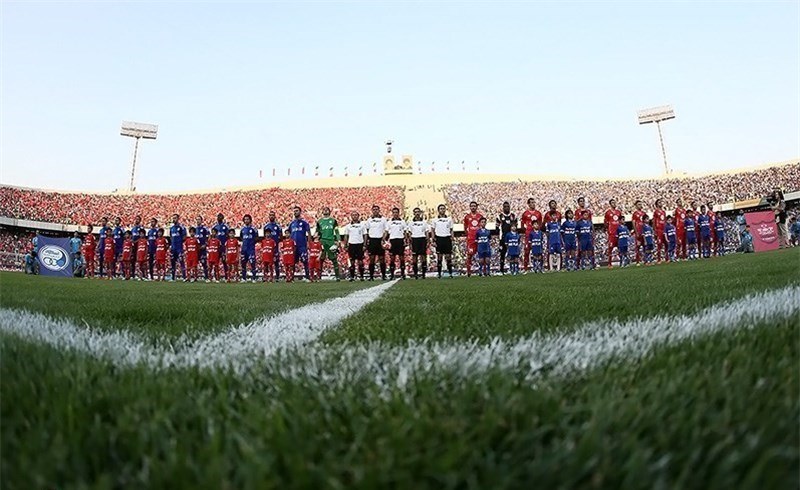 Persepolis and Esteqlal have played out to a scoreless draw in the 78th Tehran derby held in the 23rd week of Iran’s Premier League (IPL).

Around 90,000 fans gathered at Azadi stadium in Tehran to watch the match, which ended 0-0 on Friday.

The encounter was the 36th draw in the history of Tehran derby, which the Blues have won 24 times and the Reds 18 times so far.

The Tehrani giants failed to score a goal for the fourth encounter in a row, putting the number of scoreless derbies at 17.

Esteqlal head coach Amir Qalenoei hailed the Blues fans following the match, saying, “in the first half we played well but in the second, Persepolis was better than us.”

Persepolis head coach Ali Daei made a similar comment saying his team had the upper hand in the second half “but that’s how football is.”

In the last match of the week, Mes will take on Naft Tehran on Sunday.

Esteqlal is currently on top of the IPL table with 45 points and is followed by Foulad with 43, and Persepolis with 41 points.