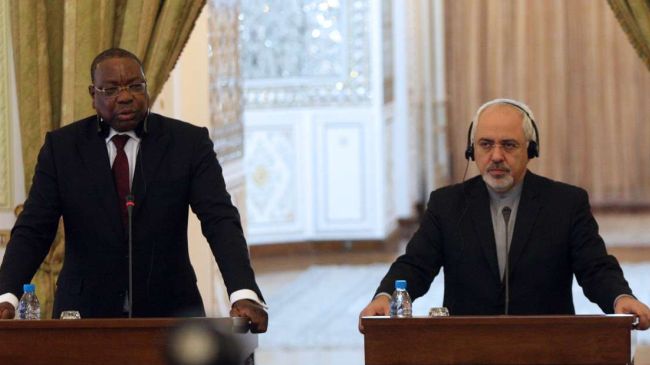 Iran Foreign Minister Mohammad Javad Zarif says the agreement reached between Iran and the Sextet of world powers over the country’s nuclear energy program is an important step toward peace and stability of the region.

Speaking at a press conference with his Senegalese counterpart, Mankeur Ndiaye, in Tehran on Saturday, Zarif said the agreement is in line with the interests of the entire region.

He stated that Iran will begin implementing the agreed initial steps of the Geneva nuclear deal on January 20 as planned.

On Thursday, the White House released a four-page summary of the deal clinched last November in Geneva between Iran and the United States, Russia, China, France, Britain and Germany.

Commenting on the White House move, Zarif said Geneva deal was signed as a Joint Plan of Action and contains a clear text, which was made public by Iran immediately after the agreement.

“There is nothing to hide and everything is clear and in line with the interests of the Islamic Republic of Iran,” Zarif added.

Iran and the five permanent members of the United Nations Security Council — Russia, China, France, Britain and the United States — plus Germany, signed the interim agreement in Geneva on November 24, 2013. Under the deal, the six countries undertook to provide Iran with some sanctions relief in exchange for Iran agreeing to limit certain aspects of its nuclear activities during six months.

On January 12, Iran and the Sextet of world powers reached an agreement to start implementing the Geneva nuclear deal as of January 20. The accord is aimed at setting the stage for the full resolution of the West’s decade-old standoff with Tehran over its nuclear energy program.