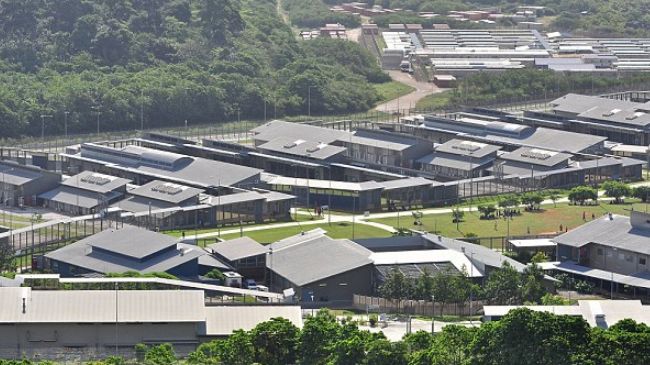 Nine Iranian asylum seekers in Australia’s Christmas Island have sewn up their lips and dozens are on hunger strike in protest at the Australian government policies on immigrants.

While 78 refugees have been on hunger strike since last week, the nine Iranian asylum seekers who have stitched their mouths shut with dental floss, also threatened to sew up their eyelids.

According to the Refugee Rights Action Network, the men are protesting at “living in limbo for six months.”

The group is part of over 2000 asylum-seekers – including hundreds of children – who have been held in indefinite detention on Christmas Island, hundreds of miles off the northwest coast of Australia, since July 2013.

The Australian media have expressed concern about the likelihood of a rise in the number of the asylum seekers who may hurt themselves as a sign of protest.

The Australian government has been under fierce criticism over its manner of treating the refugees trying to enter the country.

Meanwhile Immigration Minister Scott Morrison says the government monitors the situation, saying, “This particular incident is under control, it’s being managed by the service provider at this time.”

Morrison had announced earlier that the majority of asylum seekers on Christmas Island will soon be transferred to facilities on Nauru or Papua New Guinea’s Manus Island where their asylum requests will be examined.

Greens Senator Sarah Hanson-Young expressed concern over the conditions of the refugees, saying, “It is distressing to hear vulnerable refugees being pushed to breaking point and sewing their lips together in sheer desperation after being locked up for too long and enduring the government’s practice of separating families.”