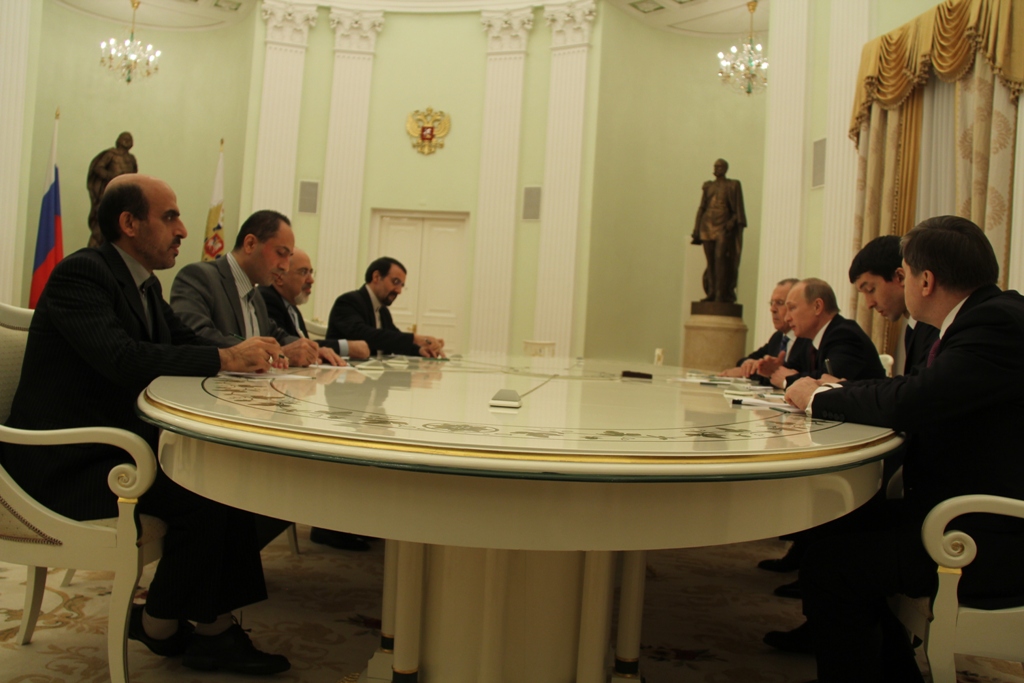 Russia President Vladimir Putin has hailed Iran’s “efforts” to advance nuclear talks with the Sextet of world powers, which led to the inking of a landmark nuclear deal in Geneva last year.

In a Thursday meeting with Iranian Foreign Minister Mohammad Javad Zarif in Moscow, Putin praised the “progress” in negotiations between Tehran and the Sextet – Russia, China, the US, France, Britain and Germany –, which are aimed at resolving the West’s dispute over Tehran’s nuclear energy program.

Iran and the six major world powers signed an interim agreement in the Swiss city of Geneva on November 24, 2013. The two sides have agreed to start implementing the agreement as of January 20, 2014.

Putin further called for more economic cooperation between Tehran and Moscow, adding, “We have a large bilateral agenda. This relates firstly to our trade and economic ties, of course.”

The Russian president also reaffirmed Moscow’s support for Iran’s involvement in the upcoming Geneva II conference on Syria. The meeting is set to open in the Swiss city of Montreux, near Geneva, on January 22.

Zarif, for his part, thanked Moscow for its contribution to the peaceful resolution of the West’s dispute with Tehran over its nuclear energy program, saying, “Our victory in the Geneva [nuclear] talks is owed to Russia’s longstanding efforts.”

The Iranian top diplomat further praised Russia’s diplomatic efforts to end the bloody crisis which has been gripping Syria since March 2011.

The Iranian foreign minister also reassured Russia of Tehran’s willingness to enhance its bilateral cooperation with Moscow in different areas.