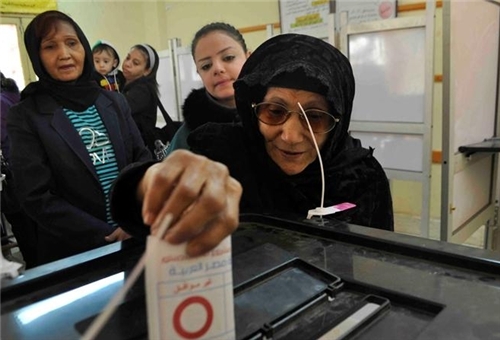 TEHRAN (FNA)- About 90 percent of Egyptians who voted in a referendum approved a new constitution, the state news agency and a government official said.

The constitution will replace one signed into law by Mohamed Mursi, the former Islamist president who was overthrown by the military in July.

Mursi’s Muslim Brotherhood had called for a boycott of the two-day vote and anti-government protests.