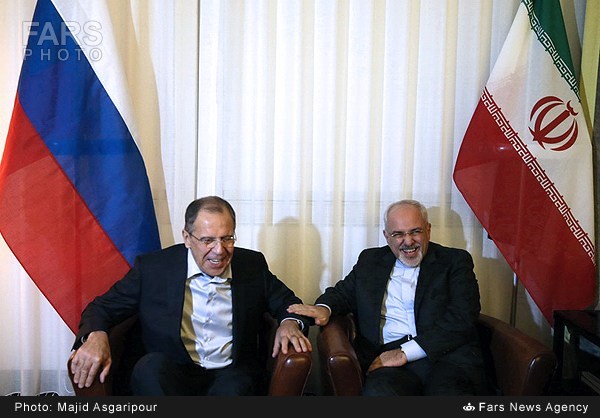 Lavrov made the remarks in a meeting with his visiting Iranian counterpart Mohammad Javad Zarif who arrived in Moscow late on Wednesday.

Lavrov said his talks with Zarif would be in line with the negotiation held by the two officials in Tehran during the formerˈs visit to Iran last December.

Lavrov also expressed hope that the two would exchange views on issues such as finding a peaceful solution for the Syrian crisis, situations in the Middle East region, North Africa and Afghanistan.

He added that the two would also talk about bilateral economic cooperation and the Caspian Seaˈs legal regime.

He further hoped the two would well review the November 24 nuclear deal between Iran and the G5+1- the US, Britain, Russia, China and France plus Germany.

Zarif is in Russia at the end of a regional visit which has earlier taken him to Lebanon, Iraq, Jordan and Syria.

While in Moscow, the Iranian foreign minister is to meet Russian President Vladimir Putin with whom he is to discuss major international, regional and bilateral issues.