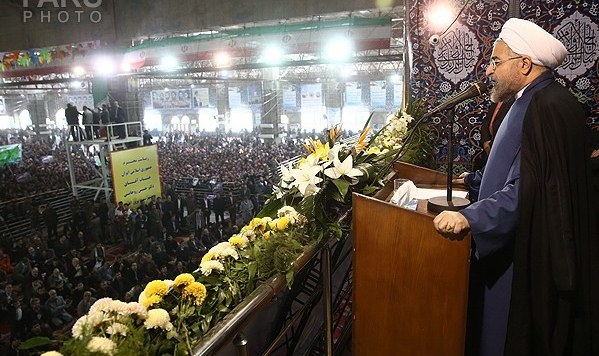 President: West is propagating Islamo phobia in the world

Ahvaz, Khuzestan Province, Jan 15, IRNA – President Hassan Rohani, in a meeting with clerics in Khuzestan province on Tuesday, said that West is propagating Islamophobia and Iranophobia in the world.

He said the aim of West is confronting with Islamic system, weakening it and preventing the influence of revolution in the region and the world.

To achieve the goal, West has introduced Islam as a symbol of violence and Muslim youth as terrorists and violent radicals.

Rohani said that West, through its espionage organizations, is spreading violence, adding that Iranˈs nuclear technology was another pretext for them to achieve their Islamophobia goal in the world.

To expand Iranophobia in the world, west tried to propogate that Iran is looking for nuclear bomb, the president added.

Rohani concluded that West, with its diplomacy and wide propaganda, is trying to introduce Iran and its peaceful nuclear technology as a threat to the world.