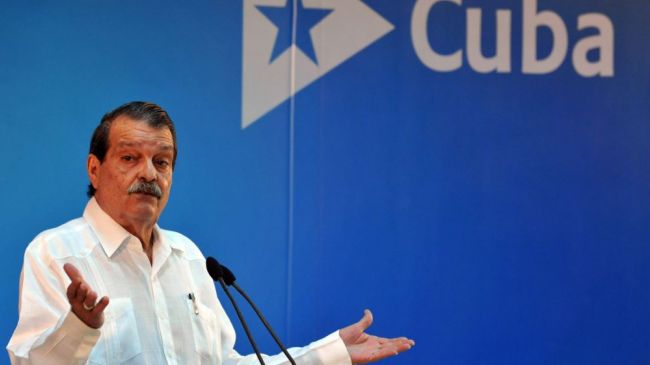 In a Wednesday meeting with Iranian Deputy Foreign Ministers for European and American Affairs Majid Takht-e-Rananchi in Havana, Abelardo Moreno congratulated Tehran on inking a nuclear deal with the Sextet – the US, Russia, China, Britain, France and Germany – in Geneva on November 24, 2013.

The Geneva accord is aimed at setting the stage for the full resolution of the West’s decade-old standoff with Tehran over its nuclear energy program.

The Cuban deputy foreign minister further pointed to good Tehran-Havana cooperation on international issues, stressing that the Islamic Republic would manage to achieve great victories in the future.

Takht-e-Ravanchi, for his part, stressed the importance of bilateral ties between Iran and Cuba, as two major member states of the Non-Aligned Movement (NAM), expressing Tehran’s readiness to further expand its cooperation and negotiations with Havana on international issues.

The two diplomats also underlined the need for more negotiations and cooperation among the member states of NAM and other regional and international organizations.

Takht-e-Ravanchi is currently on a three-nation tour of Latin America to discuss mutual cooperation as well as ways of enhancing bilateral ties. The Iranian diplomat is slated to travel to Venezuela and Bolivia following his talks with senior Cuban officials.

In recent years, Iran has been seeking to enhance its relations with Latin American countries within the framework of international organizations such as the Non-Aligned Movement whose rotating presidency is currently held by the Islamic Republic.